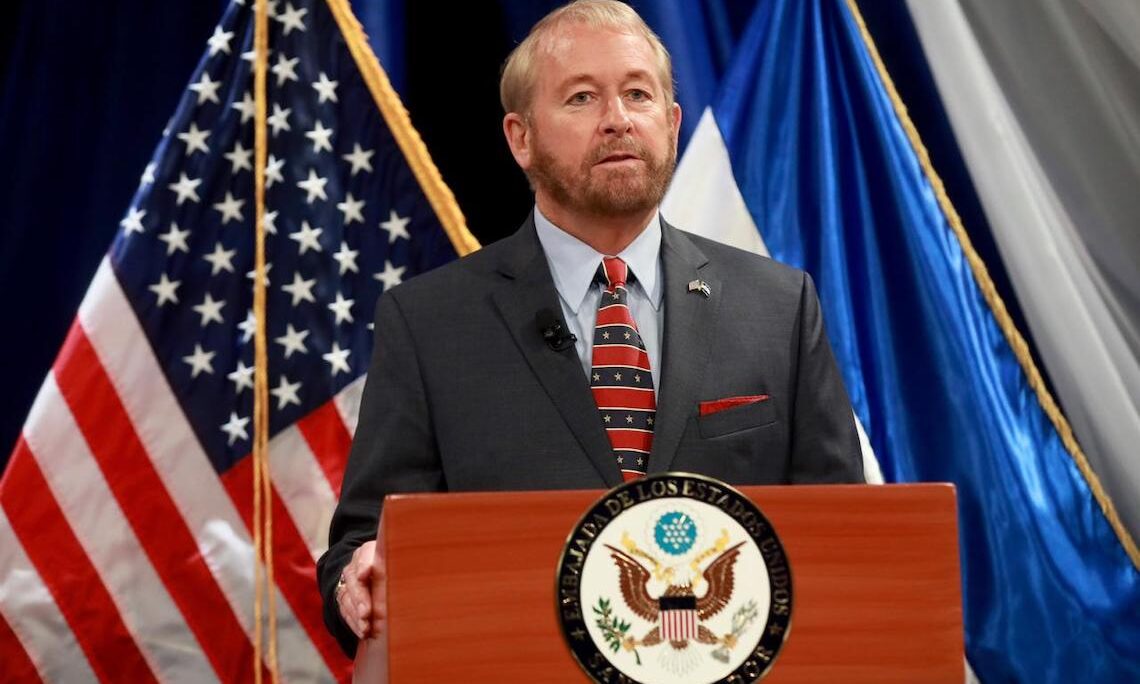 *** This is a courtesy translation. Only the original Spanish version should be considered authoritative.

Good evening. Today, I bring greetings to all Salvadorans on behalf of our President, Donald Trump, and the people of the United States. For my wife, Alina, and I, it is a privilege to be in El Salvador celebrating our independence day with you, our Salvadoran friends. This year, the United States of America celebrates 244 years of independence.

For me, this day has a very special meaning, because the fourth of July was also my father’s birthday. Since I can remember, the fourth of July was a day to spend with family, celebrating together the birth of a nation and the birth of my father; a man who taught me to have a spirit of service, and shared profound values ​​and great lessons that defined me as a person. Although it was always a holiday, it was also a time to remember the true meaning of that day.

The United States was founded on an ideal of democracy, with the desire to become an example of what empowered and free people can achieve. On the fourth of July, in 1776,  delegates from the thirteen colonies adopted the Declaration of Independence, a document written largely by Thomas Jefferson.

The Declaration of Independence contains three main ideas: One, that all men are created equal; Two, that all men have certain inalienable rights, which include life, liberty and the pursuit of happiness; Three, that people have a civic duty to defend these rights for themselves and for others.

It was signed by only 56 people who came together for the common good of the new nation. The signers of that Declaration risked their lives and fortunes to create the United States. The last line of the Declaration states that “we mutually commit our lives, our fortunes and our sacred honor.”

The Salvadoran people and the people of the United States have many things in common, including sacrifice to obtain and protect our liberties, our democracy and our right to seek happiness. We have both fought for a better country, and we have shared these democratic values ​​and principles over the decades.

With more than three million Salvadorans living in the United States, our countries are already united in many ways. Almost all Salvadorans share some kind of link with my country, be it family, economic, or of many other types. We share the same dreams of “life, freedom and the pursuit of happiness” that have allowed my country to become what it is today.

We started down this path before you, and there is something beneficial in this. You can learn from our mistakes and our achievements. You can benefit from our help and our experience, and we will continue to collaborate with you to help El Salvador reach its place among the nations as an example of a stable and prosperous democratic partner. All of us together protect and strengthen democracy and are part of the effort for El Salvador to succeed.

This day of Independence, I invite you to celebrate the democratic values ​​that we share and remember that this is a fight that we must continue every day, defending our freedoms and rights, and fulfilling our obligations to our governments, and — even more importantly — to our people.

El Salvador has no stronger partner nor a closer friend than the United States.

** This is a courtesy translation. Only the original Spanish version should be considered authoritative.