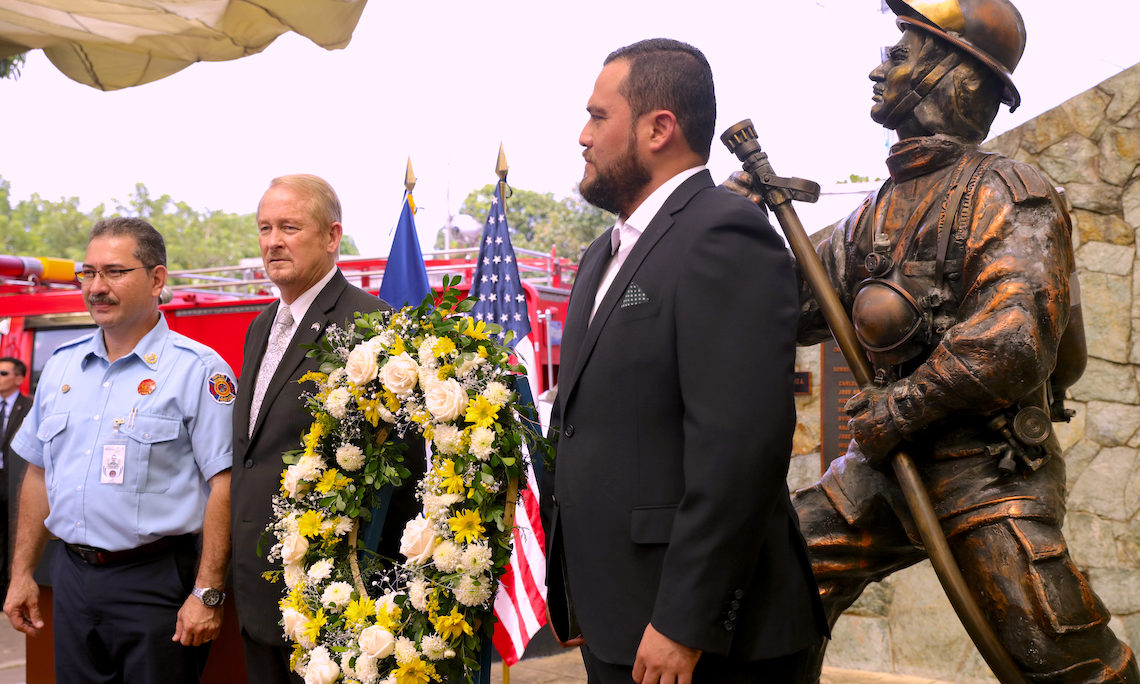 In a ceremony in San Salvador, the Fire Department of El Salvador paid tribute to the 343 firefighters who lost their lives in the line of duty in the terrorist attacks of September 11, 2001. The ceremony was held at the Fire Brigade Headquarters, in the Santa Anita neighborhood of San Salvador, with the participation of U.S. Ambassador to El Salvador Ronald Johnson, Minister of Governance Mario Durán, and General Director of the Corps of Firefighters Edwin Chavarría.

“It is an honor to accompany you in this ceremony, in which we commemorate the courage of hundreds of citizens who gave their lives 18 years ago. Rescue agencies play a critical role in saving lives, and this selfless dedication is an exceptional quality, to which we all must aspire. Take inspiration from the fire service and use this inspiration to be a change agent in your communities,” said Ambassador Johnson.

General Director Chavarría highlighted the importance of the tribute as a motivation for Salvadoran firefighters in fulfilling their mission to protect and serve families in times of distress.  Members of the Fire Department offered a flag of the United States with the names of firefighters and rescuers who lost their lives during the attack. The authorities also presented a floral offering to honor their courage and dedication.

At the conclusion of the ceremony, Ambassador Johnson toured the central fire station, met with the courageous men and women of the Fire Department, and thanked them for their service.