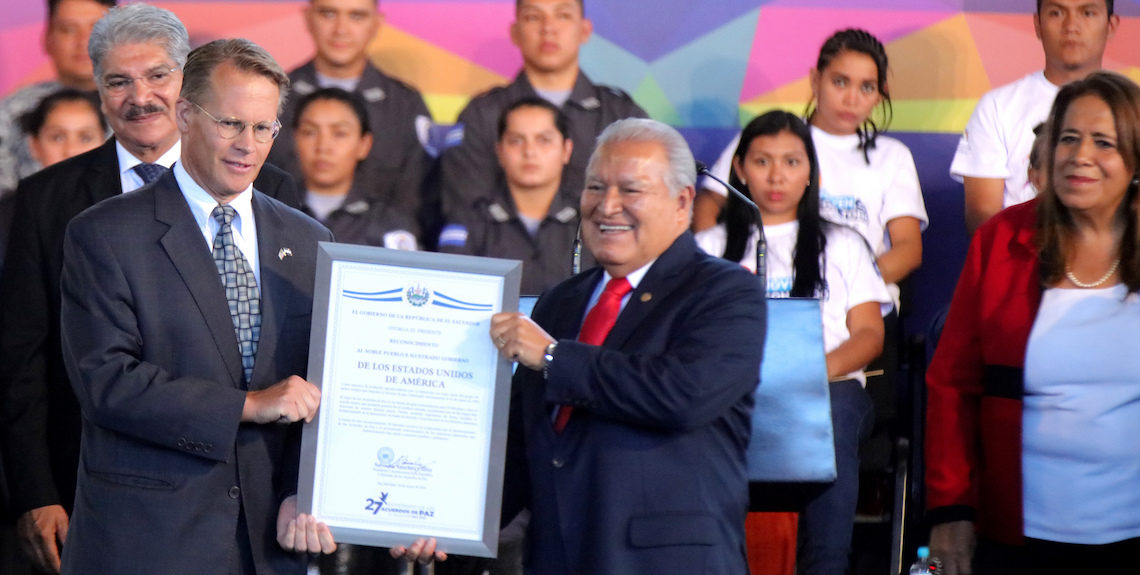 The government of El Salvador held a ceremony to celebrate the 27th Anniversary of the signing of the Peace Accords at the International Fair and Convention Center (CIFCO). The Agreements were signed in Mexico on January 16, 1992.

As part of the ceremony, Salvadoran President Salvador Sáncez Cerén gave the U.S. government a special recognition for the people and government of the United States for being one of the friendly countries that supported the search for peace in El Salvador through the dialogue process. U.S. Embassy Charge d’Affaires ​​Mark Johnson received the award on behalf of the U.S. government.

The diploma expresses the gratitude of the Salvadoran people to the American people, for their outstanding role as part of the group of countries that promoted the peace process.

Ambassador Jean Manes, through her Twitter account, said that in the years since the Peace Accords, the U..S. has continued to support El Salvadoran efforts to consolidate its democracy, and to build a more prosperous and secure country. She reiterated that the United States will continue to support El Salvador to strengthen peace.