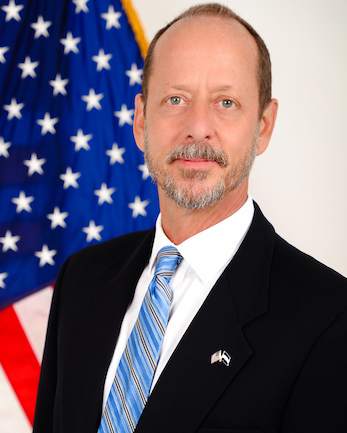 Matt Rees is a career member of the Senior Foreign Service, class of Counselor, with more than 16 years of experience with the United States Agency for International Development (USAID).

Mr. Rees is the current Chargé d’Affaires ad interim of the U.S. Embassy in El Salvador where he also serves as Deputy Mission Director for USAID El Salvador since October 2020. He served in Washington, D.C. as the Interim Coordinator for the USG Prosper Africa Initiative. Appointed by the National Security Council, in this role he coordinated the efforts of 15 USG agencies and departments to connect U.S. and African businesses with new buyers, suppliers, and investment opportunities, closing deals worth $22 billion in 30 countries. Mr. Rees also served as USG Deputy Coordinator for the Power Africa Initiative (2016-2018) driving donor coordination, private sector engagement and policy reform to increase energy generation and access in Africa. Overseas he served as the Deputy Coordinator for the Trade Africa Initiative and Director of the Office of Regional Economic Integration, Trade and Agriculture at USAID/Kenya & East Africa (2011-2016). He also served as Deputy Director of the Office of Economic Growth at USAID/Iraq (2010-2011), and led the Municipal Alternative Development Areas program at USAID/Colombia (2007-2010).

Mr. Rees joined the USG as a Presidential Management Fellow in 2005. Prior to USAID, he worked in education, community development and small business growth in Guatemala, Jordan and China. He began his development career as a Peace Corps Volunteer in Mongolia from 1996 to 1998.

Mr. Rees holds a Bachelor’s degree in Anthropology from the University of Colorado, a Master’s in International Relations from the Johns Hopkins School for Advanced International Studies, and has completed advanced coursework in public-private partnership and investment at the Harvard Kennedy School. Matt is originally from Grand Junction, Co, and currently lives in San Salvador with his wife and two children.