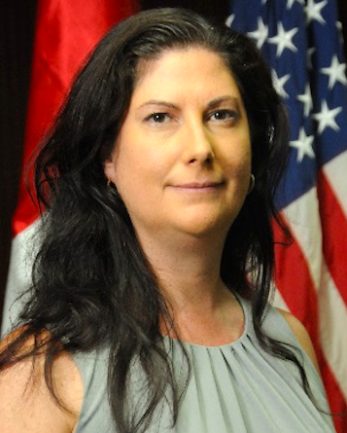 From 2012-2014, Rachel served as a domestic trade specialist in Clearwater, FL, at the Tampa Bay Export Assistance Center which serves U.S. businesses in the Tampa Bay and Southwest Florida regions interested in exporting their products or services overseas. During her time there she obtained her accreditation as a  NASBITE (National Association of Small Business International Trade Educators) Certified Global Business Professional (CGBP) and used this knowledge to educate small and medium sized companies on how to become export ready and worked with her overseas colleagues to set up appropriate matchmaking and other services for New to Market and Increase to Market opportunities.

Rachel then relocated to Lima, Peru for three years from 2014-2017, taking up the new Commercial Attaché position at the Foreign Commercial Service office at the US Mission in Peru where she hosted six Governor-led Trade Missions, the largest trade mission brought to Peru by the U.S. up to that point from the State of Florida, a Deputy Secretary of Commerce led Trade Mission in the Healthcare field, assisted Commercial Service (CS) Manila during the 2016 APEC in the Philippines in their program, again for the Deputy Secretary of Commerce, and hosted the Commercial Service program for APEC along with CS Lima, Peru the visit of Deputy Assistant Secretary for the Western Hemisphere. She helped dozens of companies meet potential partners, sign business partnership agreements, worked with her interagency colleagues on a Government of Peru Information Technology Initiative along with the American Chamber of Peru, conducted Advocacy assistance for several companies in the Safety & Security sector, among many other achievements.

Before becoming a Commercial Service Officer in October 2011, Rachel spent seven years as a Commercial Service International Trade Specialist/Country Manager in the International Trade Administration office of Africa, the Near East, and South Asia.  Over this time, her portfolio of responsibilities included the operational management of: Saudi Arabia, Qatar, UAE, Kuwait, Pakistan, India, and Afghanistan.

Rachel is married with five stepchildren. She and her husband welcomed a new son in September 2017. Rachel is originally from Seattle, WA.