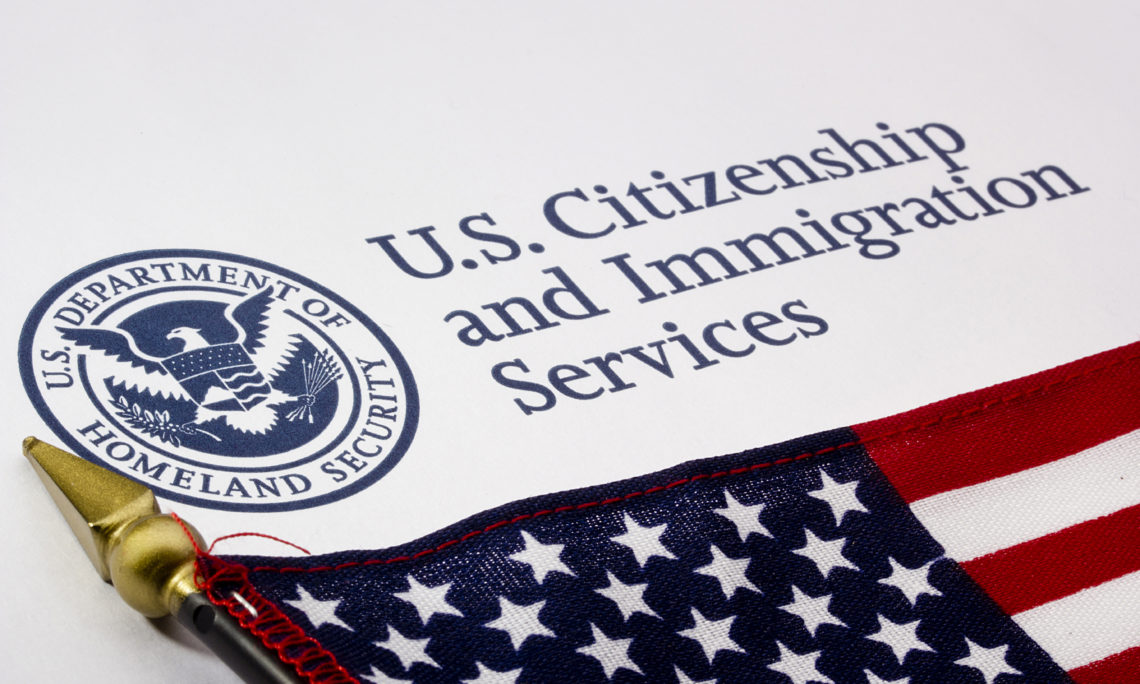 Photograph of a U.S. Department of Homeland Security logo.

Q:  What is the Central American Minors (CAM) Program?

CAM was started in 2014 to give at-risk children in El Salvador, Guatemala, and Honduras the opportunity to come to the United States as refugees.  More information on the history of the program is available at this link.

Q:  I heard that CAM  has reopened, is that true?

Yes.  On March 10, 2021, the Departments of State and Homeland Security announced the reopening of CAM. The reopening has two stages.

Q:  What happens during the two stages?

The first stage began on March 15, 2021 and is focused on reopening cases that were closed without an interview. During this stage, resettlement agencies are reaching out to families whose applications were closed after January 31, 2018 to give them the chance to reopen their cases.

On June 15, 2021, the U.S. government announced the second stage with information about who will be able to submit new CAM applications.

Q: Who can apply for the program?

At this time it is not yet possible to submit a new application, but we will begin to accept new CAM applications during the summer of 2021. Please check this webpage for updates.

When applications reopen, you may be eligible to apply if you are a parent or legal guardian who is:

Q: Who can I file an application for?

You can file an application for your “qualifying child,” meaning your unmarried son(s) and/or daughter(s) under the age of 21 who are currently in El Salvador, Guatemala, or Honduras.

Q: Can I file for my stepchild/adopted child?

Yes. You will need to prove the legal relationship. Specific details will be available when the application period opens.

Q: Are there other people that can be included on the application?

Yes, but they need to have their own approved refugee claim. If they are with your qualifying child you can include:

Q: How can I submit an application?

If you believe that you are eligible, you may file a DS-7699 (Affidavit of Relationship) at a designated resettlement agency in the United States. The DS-7699 used between 2014 and 2018 is no longer valid; a new DS-7699 with detailed application instructions will be released in the summer of 2021.

Q: Is there an application fee?

No, there is no fee to apply for CAM and no one may charge you to complete the DS-7699.  If you are contacted by anyone who requests money from you or your qualifying relatives, please report the incident to fraudRSCLatinAmerica@iom.int.

Q: I submitted an application for my child before November 2017 and received a letter that my case had been closed. Can my case be reopened now?

If you submitted an application at a resettlement agency in the United States and your case was closed before your child received a refugee interview, you may be eligible to reopen your case.

Q:  How will I know if I am eligible to reopen the case?

Q:  What if the resettlement agency where I filed my application has since closed, or I don’t know how to contact that agency?

If that resettlement agency office has closed, your case has been transferred to another office of the agency which will contact you.

Q:  How are cases processed?

After your case is opened (or reopened), the Department will your application goes to the Resettlement Support Center (RSC) Latin America, staffed by the International Organization for Migration (IOM), with offices in El Salvador, Guatemala, and Honduras.  The RSC will contact your qualifying child and/or family member(s) for further processing.  Department of Homeland Security (DHS) officials will interview your eligible family members to determine who will be admitted as a refugee into the United States.  Those granted refugee status will undergo a medical exam, security checks, and cultural orientation, and the RSC will assist with travel arrangements to the city where the qualifying parent in the U.S. resides.  Cases that are denied refugee status will be considered for parole.  Those who receive parole authorization must coordinate their travel arrangements with IOM and will be responsible for the costs of the medical exam and travel.

Q:  How long does the application process take?

The process can take 6-12 months on average.  However, due to the challenges of the COVID-19 global pandemic, processing times may be longer.

Q:  I am now a U.S. Citizen, can I still reopen my case/submit an application?

No. If you are a naturalized U.S. citizen, you may petition for certain relatives by submitting an I-130 petition to USCIS.  More information is available here.

Q:  My own asylum application was approved, can I reopen my case/submit an application?

No. If you were granted asylum in the last two years you are eligible to apply for your spouse and unmarried children to come to the United States through the Form I-730, Refugee/Asylee Relative Petition.  If you were granted asylum and have adjusted to Lawful Permanent Resident status (LPR, or “green card”) you may reopen your case, but as an LPR you may have additional options to petition for an immigrant visa for your child.

Q:  My child is already in the United States, can he/she be processed for refugee status here?

No, refugee status determinations are made outside of the United States.  All of the processing for CAM, including interviews, occurs only in El Salvador, Guatemala, and Honduras.

Q:  How does the government decide if my child qualifies as a refugee?

A refugee does not include anyone who ordered, incited, assisted, or otherwise participated in the persecution of any person on account of race, religion, nationality, membership in a particular social group, or political opinion.

For the legal definition of refugee, see section 101(a)(42) of the Immigration and Nationality Act (INA).

Eligibility for refugee status is determined on a case-by-case basis through an interview with a USCIS refugee officer.

Q:  What happens if the officer determines my child is not a refugee?

Applicants who receive access to the program but are found ineligible for refugee status will be considered by USCIS on a case-by-case basis for parole into the United States.

Q:  What happens if my child is conditionally approved for parole?

Q:  What is the difference between refugee status and parole?

Refugees may remain in the United States indefinitely.  After one year they must adjust to Lawful Permanent Resident status and may eventually apply for United States citizenship if they choose.

Q:  What are the immigration benefits of refugee and parole?

Refugees must apply for adjustment of status to Lawful Permanent Resident status after one year and may apply for citizenship after five years.  Parole is temporary and does not confer any immigration status or a pathway to a permanent status.  Parolees under this program will generally be authorized parole for a period of two years after which they may apply for re-parole.

Q:  Who will be required to provide DNA to gain access to the CAM Program?

The State Department requires DNA testing between the qualifying parent in the United States and each of his or her biological children listed in the DS-7699, Affidavit of Relationship.  DNA relationship testing will also be required for all family members gaining access to the CAM program via a qualifying child.

Q:  Why is DNA testing required for access to this program?

In order to ensure that the CAM Program reunites families, DNA testing is required to verify that relationships stated on the DS-7699 Affidavit of Relationship form are genuine, biological ones.

Legally adopted children can be claimed on the DS-7699 Affidavit of Relationship, and DNA testing is not required.

Parents should indicate on the Form-7699 Affidavit of Relationship whether the child is an adopted child.   Parents should explain the relationship with any non-biological children in detail in the comments area.  For adopted children, the parent should explain when the child was legally adopted, provide legal documentation of the adoption, and indicate how long the child lived with the parent.

Q:  Who pays for the cost of DNA testing?

The qualifying parent in the U.S. who submitted the DS-7699 must pay the cost of DNA testing for each of his/her claimed biological relationships.  The Department of State will reimburse the costs of the tests if all of the claimed biological relationships are supported by DNA evidence.  Reimbursement will only be made for the costs of the initial DNA testing required by Department of State for access to the CAM Program.  The cost of DNA testing conducted to support a Request for Review of a USCIS denial will not be reimbursed by the U.S. Government, even if all relationships are supported by the DNA results.

Q:  Will the qualifying parent be reimbursed if the DNA tests for all claimed biological relationships are positive, but the case is later denied by USCIS (DHS)?

Q:  What if a qualifying parent cannot afford DNA kits for the entire family?  Can they submit a few at a time? Can the lab forward kits separately?

Q:  Will DNA be required for all qualifying parents and children or will it be random?

DNA testing will be required for all qualifying parent’s claimed biological children.

Q:  Will DNA testing be required only for certain nationalities?

No, the DNA testing requirement applies to all nationalities applying to the CAM Program.

Q:  Which labs in the U.S. and overseas are authorized to perform the DNA testing?

Q:  How long will DNA test results be valid?

Q:  Who will be notified of DNA results?

The qualifying parent will receive the DNA results directly from the lab.  A copy of the results will also be sent to the State Department for further processing of the case.