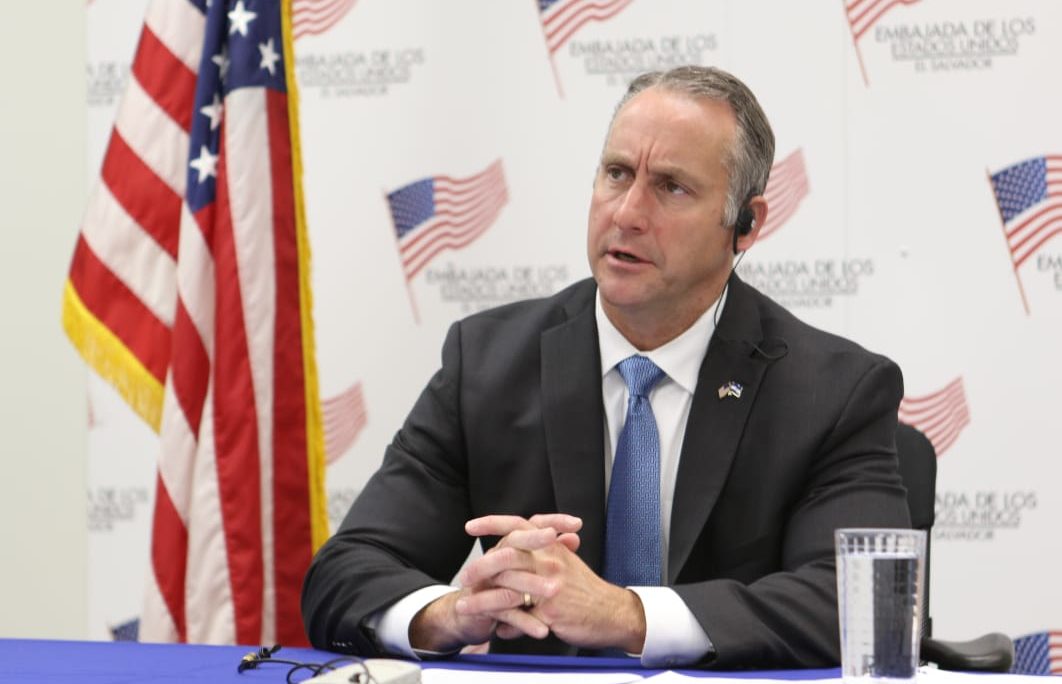 Good morning. Thank you for the introduction and for hosting me and my team from U.S. Immigration and Customs Enforcement (ICE) to the U.S. Embassy in San Salvador. I’d like to also give a special thanks to the media who are here today as you are critical to the message we’re trying to deliver to the people of El Salvador.

Irregular migration is a topic of much debate and one that is misunderstood and often intentionally misrepresented by many, and in particular, by the transnational criminal organizations exploiting and profiting from the hopes and dreams of Salvadoran people and others. As you have seen, there have been hundreds of thousands of individuals trying to get to America through irregular means and it is something that the United States must aggressively address and combat. Every country has a sovereign responsibility to protect its borders, and a responsibility to its citizens to enforce the rule of law. In fact, when my team and I arrived here in El Salvador, our immigration documents were inspected to ensure we were able to lawfully enter your country. What we do in America to protect our borders is no different than what every other country in the world does, including yours.

To combat and address irregular migration, the men and women of ICE conduct targeted enforcement operations every day, arresting and placing into removal proceedings those found in violation of U.S. immigration law. Each year, our agency removes hundreds of thousands of individuals who either entered the country irregularly or overstayed the terms of their visa. Additionally, to address the magnet of irregular migration, we’re also targeting unscrupulous employers hiring those not lawfully authorized to work in America. In fact, just this week, ICE Homeland Security Investigations executed an extensive enforcement operation which yielded in the arrests of 680 individuals unlawfully present in the country.

We’ve seen too many cases involving Salvadorans and others selling their lands, mortgaging their homes, and selling all they possess to pay smugglers to bring them to the United States. Let me be clear, this is a futile effort, as they will be arrested, detained, and removed just like those we removed today. We’re also seeing an alarming trend of people selling or renting their children to smuggling organizations in an effort to pose as a family unit, thinking that will afford them status in the United States. This is dangerous, abusive and cannot be allowed. In fact, we are now conducting extensive DNA testing on migrants claiming to be a family, to confirm whether there is a biological link to a child. When we discover fraudulent families, we are criminally prosecuting those involved. Let me be clear to anyone who might consider using vulnerable children as pawns: Not only does having a child not afford special immigration relief in the United States, it can land you in federal prison, and ultimately, deportation.

Finally, we are diligently working collaboratively through our Transnational Criminal Investigative Units to identify and dismantle criminal organizations involved in smuggling and human trafficking.  What we have seen, and continue to see, is that these criminal organizations have no regard for human life; these ruthless criminals, treat people—often the most vulnerable among us—just like any other commodity they traffic to line their pockets. These criminals may be your fellow countrymen, but they are not your friends and they certainly don’t care about you or your family. Through our law enforcement partnerships, we will continue pursing these rings and putting criminals behind bars.

I’d like to especially thank the Transnational Criminal Investigative Unit and the Security Alliance for Fugitive Enforcement working side by side in El Salvador with our ERO and HSI attaché agents and officers. The work you do matters and is making an important impact.

Again, I want to say clearly and definitively to the people of El Salvador: Do not to attempt to irregularly migrate to America. If you do, you will be arrested and deported. America enthusiastically continues to welcome thousands of people to its land every year who lawfully enter; however, we will continue to combat those who attempt to violate our immigration laws with the same fervor. We will protect our borders. We will protect our communities. And we will uphold the rule of law.

I will open it to questions now.