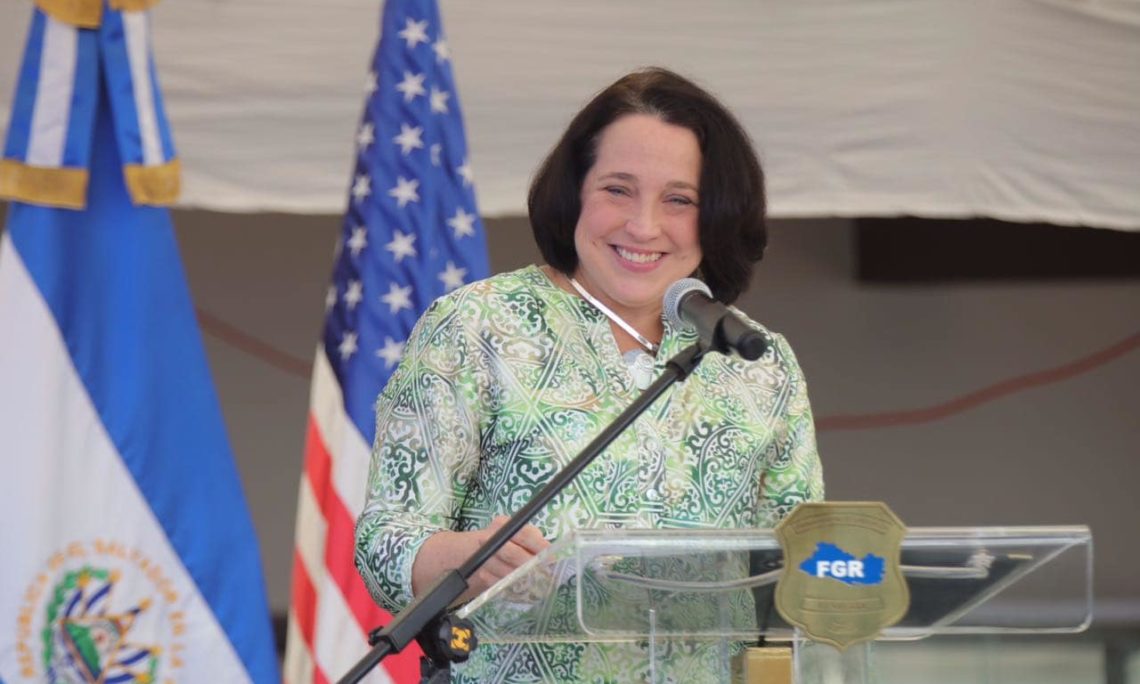 It is a real pleasure to accompany you at the re-opening of the new offices of the attorney general; an event of great importance for all sonsonatecos.

Sonsonate, like many municipalities, faces great security challenges, and we know that to create safe communities we all have to work together. Justice alone cannot solve all the problems of a society, however, it is still a vital component for security.

If El Salvador wants to win its battle against corruption and crime, these crimes cannot be allowed to end in impunity. The success of any security plan requires an effective, professional justice system with the necessary resources to do its job well.

Law enforcement is a part of justice, and another important element is ensuring that victims receive the services they need to feel protected and to overcome the traumatic events they go through. It is no coincidence that in the Northern Triangle Alliance for Prosperity, improvements to security and access to justice go together as a single integrated goal. In no country is it possible to guarantee security without a strong judicial system, where all the links in the chain are robust, and this begins with prevention.

We are here today in this place obviously to talk about a part of the justice system. But to have justice, the most important part is prevention, and in that, you, all Salvadorans, can also count on the commitment of the United States. With prevention programs, education programs, programs that are working with youth to provide more employment opportunities, more activities around their school days. That is our commitment as a people of the united states, as a government, with their society.

That is why the United States supports the courageous effort of the Office of the Prosecutor and the institutions that work with it to strengthen a justice system that fights for transparency, a solid rule of law, the protection of victims and respect for the rights of all. .

With these facilities that we inaugurate today, the sonsonateco town has a more adequate place where they can be attended by trained personnel, to carry out their procedures with the privacy they deserve. Here, everyone, and particularly women and children who are victims of crime, can be confident that they will be treated with warmth and understanding.

At the same time, together with the other institutions of the justice sector, particularly with the National Civil Police in the area of ​​investigations and with the Institute of Legal Medicine, the Interinstitutional Local Work Table led by the Prosecutor’s Office has been developed, consolidated and implemented. , through which effective coordination is carried out in the investigation of crimes, achieving an impact in reducing the impunity index, as well as improving services to the public.

Sonsonate is one of the six municipalities in which the Justice Strategy with a Territorial Approach is being implemented, which consists of strengthening the entire judicial process in a region. Under this strategy, USAID is strengthening the capacities of all local justice sector operators to achieve a greater impact in reducing impunity.

The Institute of Legal Medicine has modernized its equipment to provide more professional services, and to build the collection of evidence it needs to prevent impunity. USAID has provided technical support and strengthened research teams in addition to promoting the use of scientific evidence as part of research.

This is an example of how the United States invests in a region, with a holistic and comprehensive approach that brings benefits for all citizens. And our goals are shared, to have transparent, capable and strong institutions, and to have a safer country for all Salvadorans. The Salvadoran people can count on our support.

Finally, I call on all the families of Sonsonate to have faith that working together: the government, the municipalities, the institutions, the police, schools, companies, community organizations, churches, parents and young people, it is possible to have a safer and more prosperous Sonsonate, where they can live in peace and reach their potential right here.

Thank you very much.