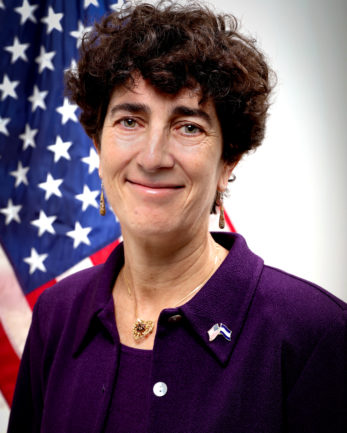 A career member of the Senior Foreign Service, Julie Torres will be the next Deputy Chief of Mission at the U.S. Embassy in San Salvador.  This will be her second tour in El Salvador, having served as the Human Rights and Labor Officer and Deputy Political Counselor from 2000-2003. Ms. Torres has also served at the U.S. embassies in Nicaragua, Germany, Costa Rica, and Honduras, where she was the Deputy Chief of Mission from 2013-2016.

Ms. Torres spent several tours in Washington D.C., including one working on refugee issues for the countries of the former Yugoslavia and another as Executive Director of the Bureau of Overseas Buildings Operations.  Most recently, she completed an assignment as the Managing Director for Policy in the Office of Management Policy, Rightsizing, and Innovation.  From 1999 to 2000, Ms. Torres was detailed to the U.S. House of Representatives’ Committee on Appropriations, Subcommittee on Foreign Operations, Export Financing, and Related Programs.

Ms. Torres earned a Bachelor of Arts degree from the University of Massachusetts at Amherst and a Master in Public Policy from Princeton University’s Woodrow Wilson School.