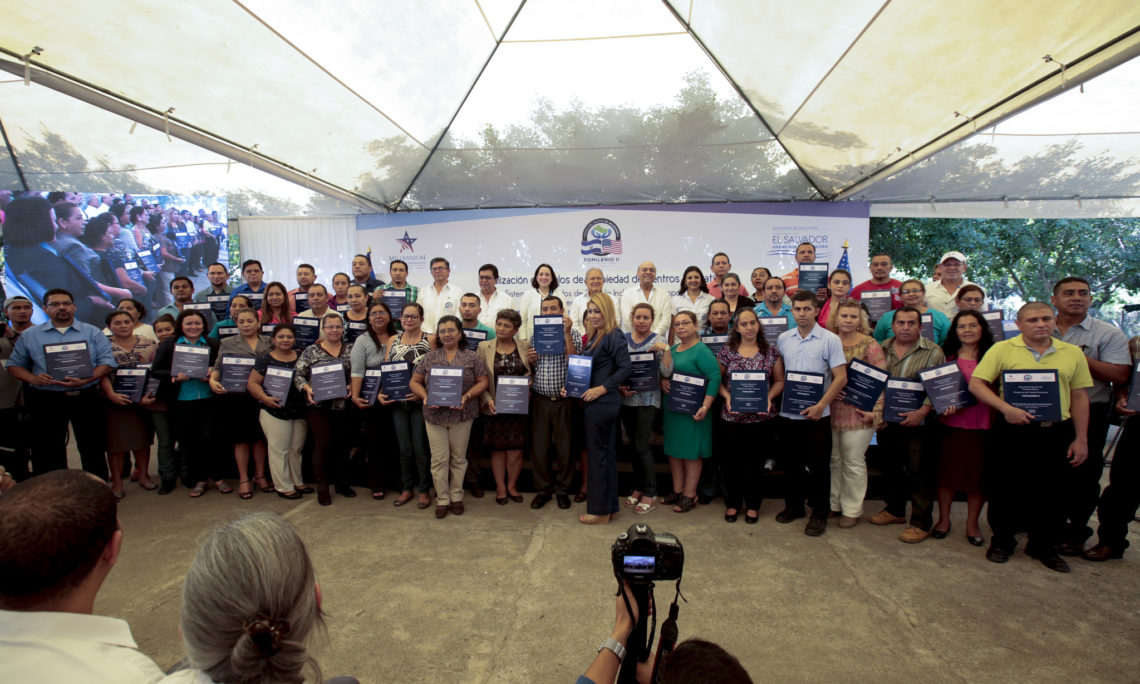 For the first time since being founded, 59 schools received property titles to own the land where they have been functioning. This will allow these schools to be intervened as part of the Human Capital Development component of the second MCC agreement with El Salvador.

The handing over of the titles was made possible by the donations of land made by mayors, organizations and individuals.

“To promote education in the Salvadoran population is a priority and a key driver to reduce poverty through economic growth”, said Regional Deputy Vice President for Europe, Asia, Pacific, and Latin America in the Millenium Challenge Corporation´s Department of Compact Operations, Fatema Sumar, who traveled from the United States to be part of the ceremony, along with Ambassador Jean Manes, Salvadoran President Salvador Sánchez Cerén, Salvadoran Minister of Education Carlos Canjura and the FOMILENIO II Executive Director  William Pleitez.

This project will benefit the schools, improving the education quality for more than 100,000 students. In addition, more than 2,000 teachers will be trained.