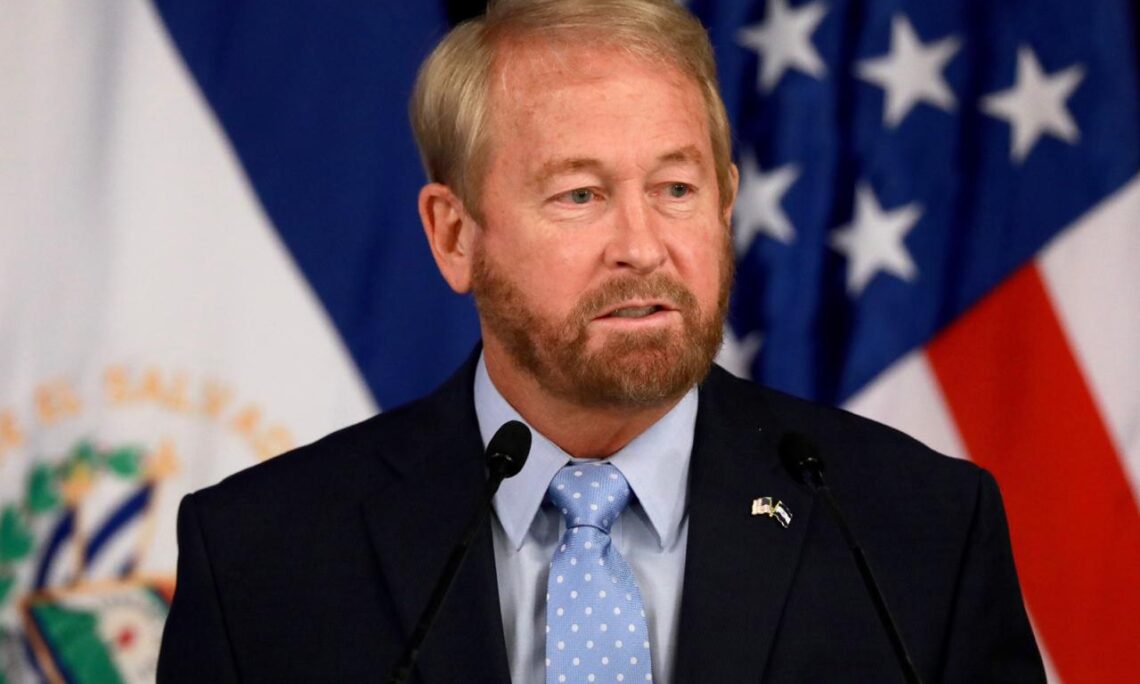 It is an honor to be here with President Bukele, and to have the opportunity to speak with the Salvadoran people. Today I have a message about friendship, assistance and partnership between our two countries.

The relationship between the United States and El Salvador is unique. We have a diplomatic relationship of more than a century and a half, which we have built over generations. But what unites our nations goes beyond diplomacy. We share the same values, the same hopes and dreams, the same culture. We are united by the millions of Salvadorans living in the United States and the family ties shared by the citizens of our countries, which transcend generations.

When you talk about Salvadorans in the United States, you call them your “distant brothers” and I think that very clearly represents the brotherhood that exists between our citizens. These times that we are living now have demonstrated the strength of that link and the United States Government offered its support to El Salvador from the beginning.

There has been a lot of confusion about stolen ventilators, so let me give you the facts and let me be perfectly clear. The most important point is this: the president of the United States, Donald Trump, made a promise to the President Bukele to donate 600 ventilators to El Salvador and we will fulfill that commitment. But because there have been so many fake news about this, let me give you the facts.

First, we donated 250 ventilators to the Minister of Health on May 26. As we have publicly announced, a second batch of ventilators was stolen in Florida in the United States on August 8. Those ventilators recovered on August 20. Let me be clear: the ventilators we are donating today are not part of the ventilators that were stolen. Today we are donating 158 ventilators from a separate batch. And finally, in the coming weeks the third and last installment of 192 ventilators will be sent to El Salvador, these are the stolen ones. So add that up, that’s 600 donated ventilators, completely free. I am very proud that this small country of El Salvador became one of the first countries in the world to receive these ventilators and also the amount sent here is significant. And that’s happening at a time when the United States is waging its own battle against the coronavirus.

But let’s put all this aside and think of the personal side. Ventilators have already saved lives. Including the Salvadoran Walter Flores. On June 27, Walter began to feel ill with flu symptoms; Two days later, when he had a high fever, he went to the doctor. There they confirmed the suspicions that Walter had been infected with COVID-19, so they began treatment at home. However, the breathing problems only got worse, and on July 5 they reached such a point that Walter had to go to an emergency hospital and was transferred to Hospital Rosales where he was connected to a mechanical ventilator for five days. But I am happy to say that on July 17 Walter was discharged and returned to his home and family.

I want to read you the message that Walter shared with us and I quote:

“If the hospital hadn’t had the necessary equipment, it might not be telling this story. I am grateful for everything they did at Hospital Rosales for me and for many more Salvadorans. “

This story reminds us why we do this work. And it reminds me now to thank the nursing staff, the doctors, the police, the military and many more for their efforts every day to face the pandemic and for their incredible work, and the ministers as well. I want to give you a round of applause, thank you all.

Like Walter there are many more who are alive today because they received the treatment they needed. From the beginning we have mobilized our Embassy to focus our resources on what the country needs most. Since March, we have donated more than 22 million in hygiene kits, food, water, disinfection equipment, personal protective equipment and much more.

I want to take a moment to congratulate President Bukele and the entire country on the second phase of Hospital de El Salvador. I know that many people have put their best efforts to make this project a reality and I would like to congratulate everyone who has been involved in this monumental undertaking. A robust and solid health system is important to guarantee the well-being of a population, it is fundamental for a nation and it has been an honor for my government to support Salvadorans in this mission.

From donations made by the United States Government, those made by NGOs, companies and even individuals. We have all come together to support them in their fight.

We have always thought of El Salvador as a partner, as an ally with whom we share goals, values ​​and objectives, and our focus has always been to promote sustainable development in El Salvador. Thanks to FOMILENIO I and II we have built roads, improved and built schools and water treatment plants. But we also work on other less visible but more important aspects, such as reducing bureaucratic procedures.

We share a vision of a prosperous and secure future for all Salvadorans. We know this is a challenge but we have already achieved great results.

Our joint security initiatives have left a perduring legacy and these achievements have been possible thanks to the programs and projects we execute, focusing on different aspects: training for people working in law enforcement, strengthening of institutions, programs for teenagers and children, where young people learn important leadership tools and more.

Just a few years ago, El Salvador was known as the murder capital of the world. That is no longer the case. In the first year of President Bukele’s administration, under the “Territorial Control Plan”, murder and violent crime rates fell to record lows. The homicide rate has dropped more than sixty-six (66) percent in the last year, femicide is down by sixty-one (61) percent, and extortion has dropped by almost half. These are crimes that impact all Salvadorans in many ways.

US law enforcement agencies have partnered with our Salvadoran counterparts in the National Police and the Attorney General’s Office to exchange information and cooperate in anti-gang activities and this has led to multiple arrests of gang members both in the United States and here in El Salvador. Much of that success can be attributed to the unprecedented access and cooperation that President Bukele and ministers have provided. And we will continue to work with our Salvadoran partners to help rid this country of horrible gang-related problems.

It has been hard work, but with real results thanks to the efforts of all sectors of society, public, private, non-profit institutions and international cooperation, who worked together for the same goal.

One of the biggest challenges to developing the economy is corruption. Corruption is a disease that affects all sectors of the country. I want to congratulate President Bukele for establishing CICIES and his efforts to provide it with resources and support. We will also help the great work that CICIES is doing to improve the country.

The magnitude of a plague such as the coronavirus, was unknown in these modern times. The damage done to our economies, our people and our countries is enormous. However, the people of El Salvador and the United States will overcome these difficulties by working together. We will continue to support our Salvadoran partners through this pandemic and we look forward to working to bring economic opportunities and jobs to El Salvador as we move forward.

We will continue to work side by side as the trusted partner that we are, because we have seen the great potential that Salvadorans have and because we know that when El Salvador prospers, the United States prospers, and we know that only together can we overcome the challenges we face as nations.

Let’s keep moving forward, let’s keep working together, and let’s continue to aspire toward a better future for El Salvador and the United States.

Thank you very much.