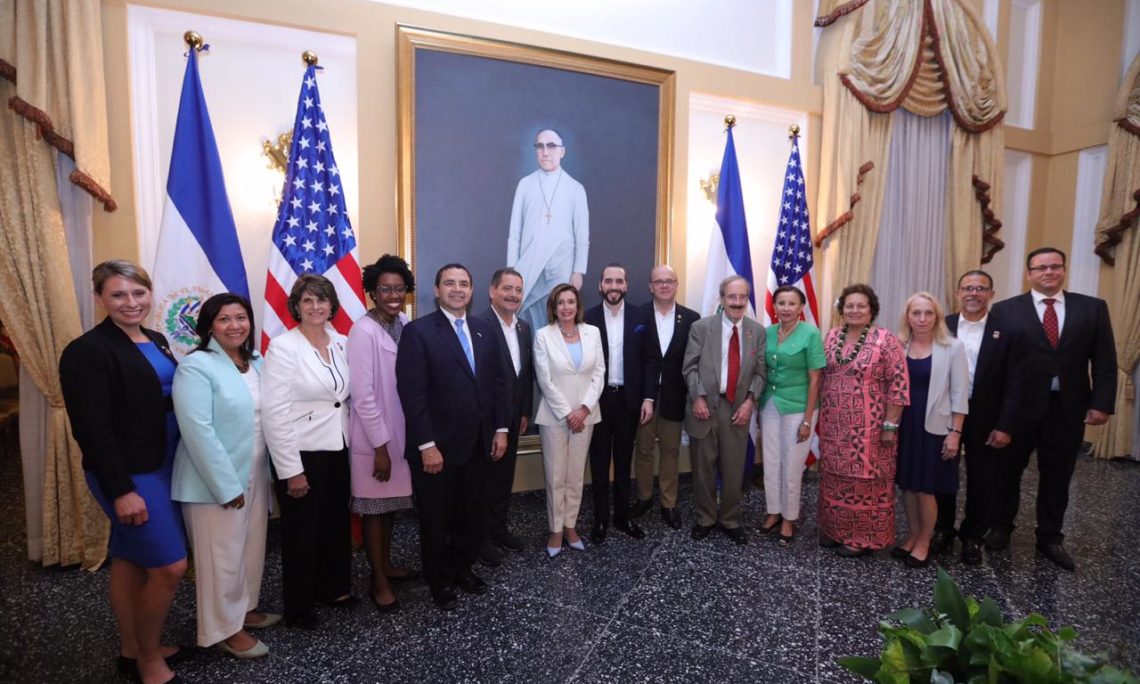 On August 8-9, Speaker of the U.S. House of Representatives Nancy Pelosi led a bipartisan Congressional Delegation of 13 Members of Congress to El Salvador. The delegation visited El Salvador with the goal of strengthening the U.S. El Salvadoran partnership to enhance regional security and stability, create greater economic opportunity, combat corruption and advance human rights to make it safer for people to thrive in their home communities.

During their visit, the delegation discussed economic development, attracting investments, improving regional security, and mitigating drivers of migration with President Nayib Bukele and his cabinet ministers. The members of Congress also toured the Victims’ Assistance Center Isidro Menendez, where they learned about the program that assists victims of gender-based violence, another driver of migration. This project has been supported by the United States Agency for Development (USAID) since 2013. In addition, the Delegation participated in a roundtable discussion with civil society leaders and policy makers at the University of Central America.