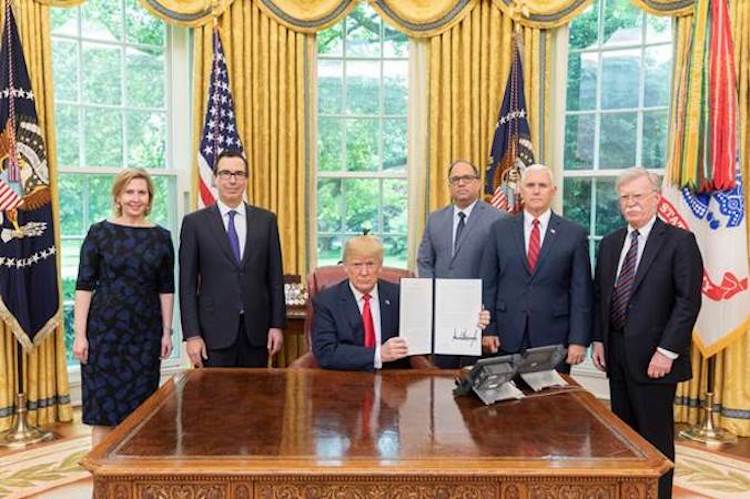 Office of the Press Secretary

Statement from President Donald J. Trump on the Maduro Regime in Venezuela

Today, I have taken action to prevent the Maduro regime from conducting “fire sales,” liquidating Venezuela’s critical assets—assets the country will need to rebuild its economy. This money belongs to the Venezuelan people.

I have signed an Executive Order to prevent the Maduro regime from selling or collateralizing certain Venezuelan financial assets, and to prohibit the regime from earning money from the sale of certain entities of the Venezuelan government.

This order is the most recent in a strong, consistent stream of actions my Administration has taken targeting the Maduro regime.