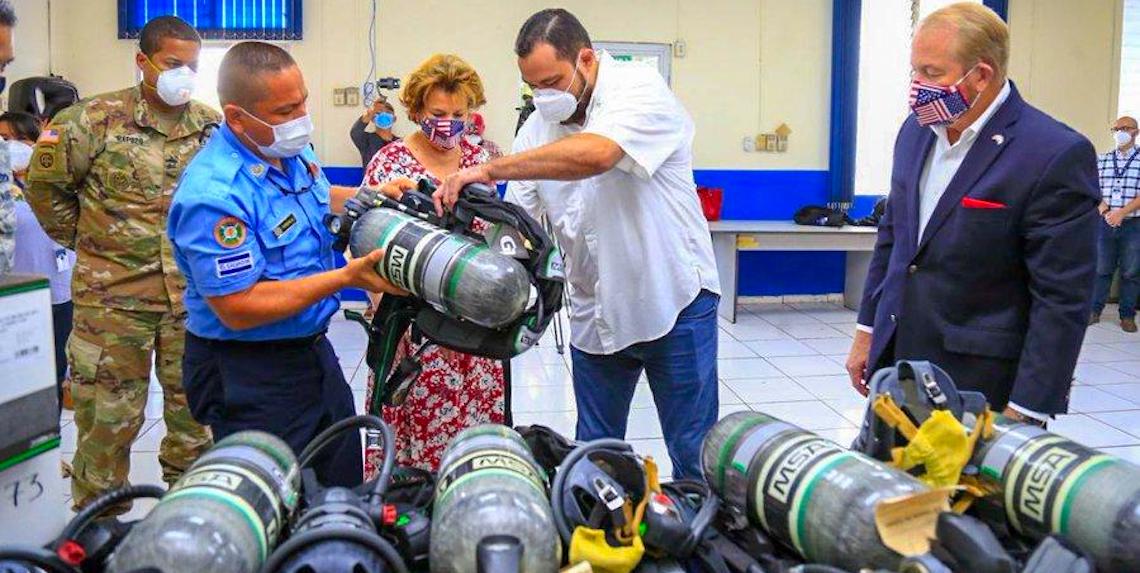 The United States government, through the Southern Command, delivered 96 Self Contained Breathing Apparatus to the Fire Department of El Salvador. The donation is part of the South Command Humanitarian Assistance Program, with the aim of strengthening the response capabilities and aid assistance of the Fire Department. U.S. Ambassador Ronald Johnson handed the donation to Minister of the Interior Mario Durán.

The donation of the Self Contained Breathing Apparatus represents an investment of $717,868.80. Each equipment comes with its regulators, harnesses and masks, whose load gives an estimated 45 minutes of air to perform different rescue tasks. The donation will be distributed in 18 fire departments throughout El Salvador, which currently doesn’t have sufficient Self Contained Breathing Apparatus, one of the elements necessary to respond to structural fires. This is the most common type of fire in the country and the main source of injuries and deaths among Salvadoran firefighters. This situation affects the ability of firefighters to respond to emergencies and disasters.

From 2018 to date, the Southern Command, through the Humanitarian Assistance Program, has donated 192 Self Contained Breathing Apparatus with a value of $1,131,141.12 Among other projects that benefit the Fire Department of El Salvador is the construction of a training tower, valued at $704,000. Other initiatives include the purchase of four oxygen recharge stations valued at $300,000 and personal protective equipment for 250 structural firefighters valued at $500,000.