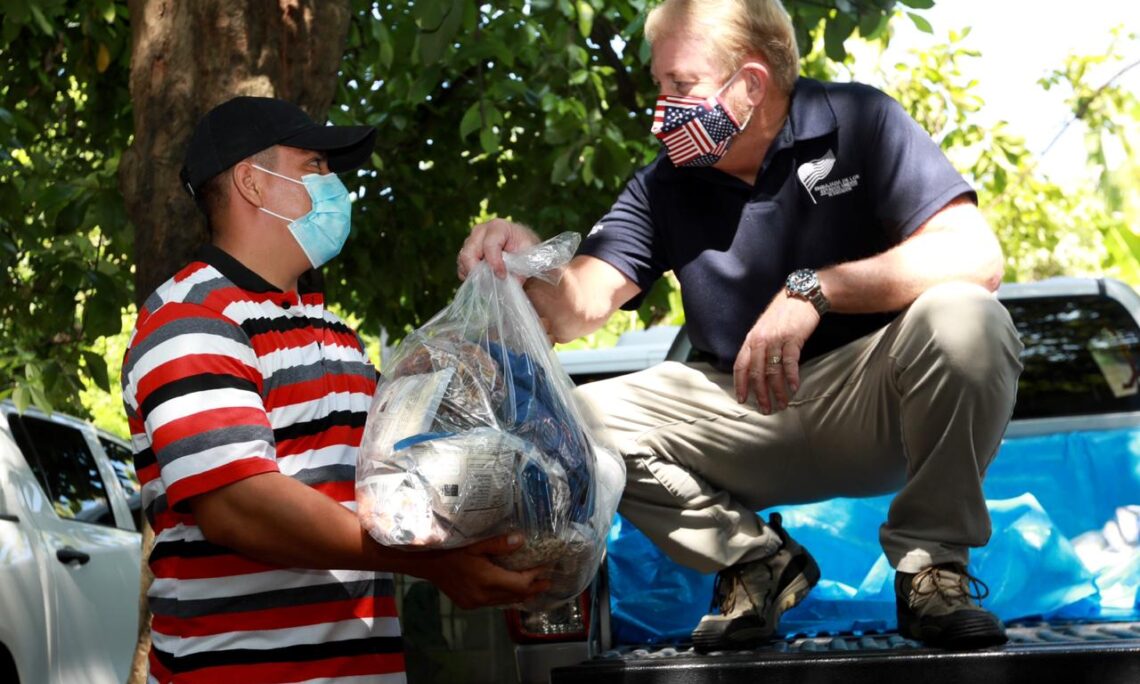 This donation was made possible by the work of U.S. NGO “People Helping People” (PHP), founded by Jeff Cardwell. The NGO took the necessary steps to obtain this donation to be sent in response to the emergencies that El Salvador faces. PHP managed to raise 64,000 pounds of non-perishable food, valued at $150,000. Since 2009, People Helping People has been bringing aid to Salvadorans.

The distribution of this assistance has been possible thanks to the joint work of PHP with a network of the so called Hope Partners. In El Salvador, the hope partner in charge of bringing this donation to Salvadorans in different departments has been Convoy of Hope.

The delivery of the food started last week. Approximately 12,680 people from remote municipalities of Sonsonate, San Salvador, Ahuachapán, La Paz, and San Vicente will benefit with this assistance.

The food arrived in El Salvador on August 8 in a C-17 cargo plane, which was possible through the Denton Program of the United States Department of Defense. In addition to food, the donation includes hygiene kits.