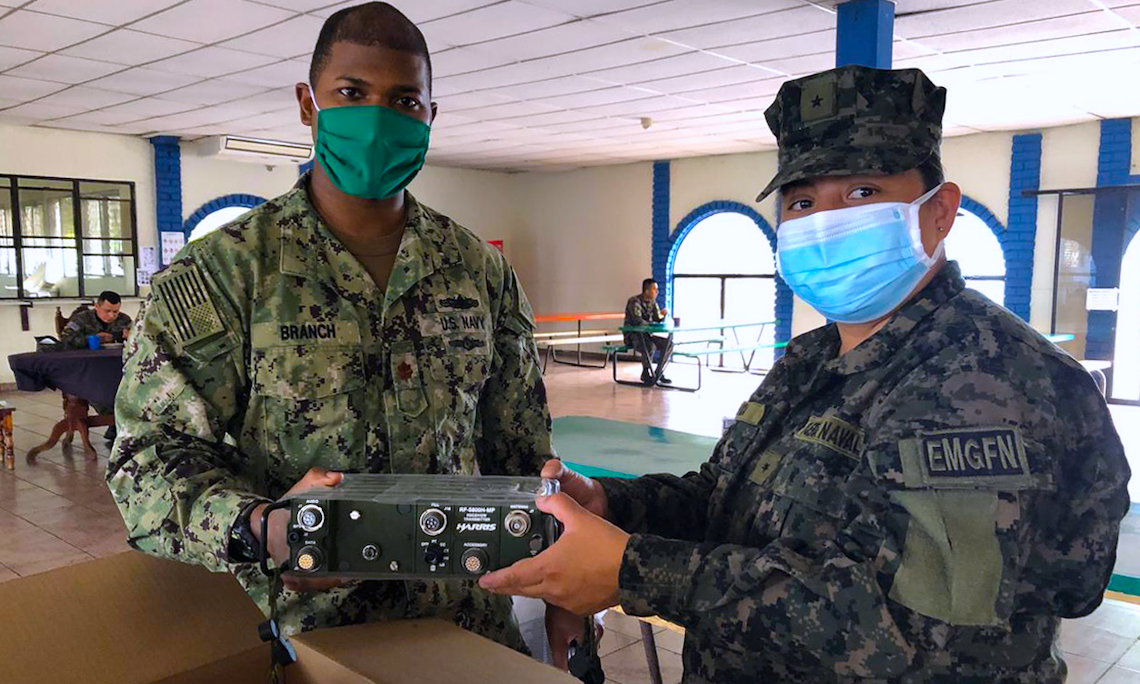 The United State of America, through the U.S. Department of Defense, demonstrate our  commitment to continue supporting the work of the Salvadoran Armed Forces, with a donation of Harris radios and communications equipment to the Salvadoran Navy.

The donation is valued at $354,858 and consists of Harris brand radios, docking consoles and other complementary communication equipment. With this donation, the Salvadoran Navy will improve the operational capabilities of the Trident Naval Task Force (FTN “T”), an elite unit in the fight against drug trafficking.

The Chief of the General Staff of the Naval Force, Captain Exon Ascencio, thanked the U.S. government for the donation and reiterated the commitment of the Salvadoran Naval Force in the regional fight against drug trafficking. “The Salvadoran Naval Force is committed to continue dismantling the structures of drug trafficking and organized crime within the Salvadoran territorial waters. We are convinced that with each drug seizure, we are protecting all of humanity from this scourge and, most importantly, we are saving lives,” he said.

In 2011, the United States government began this program to assist the government of El Salvador, through the Department of Defense, in countering drug trafficking in the Central American region. Since then, the Department has cooperated with the Salvadoran Armed Forces, providing different equipment, such as 37-foot Boston Whaler boats, night vision equipment, J8 Jeeps and Harris radios and communications equipment. This cooperation includes the support, training and maintenance of these equipment.