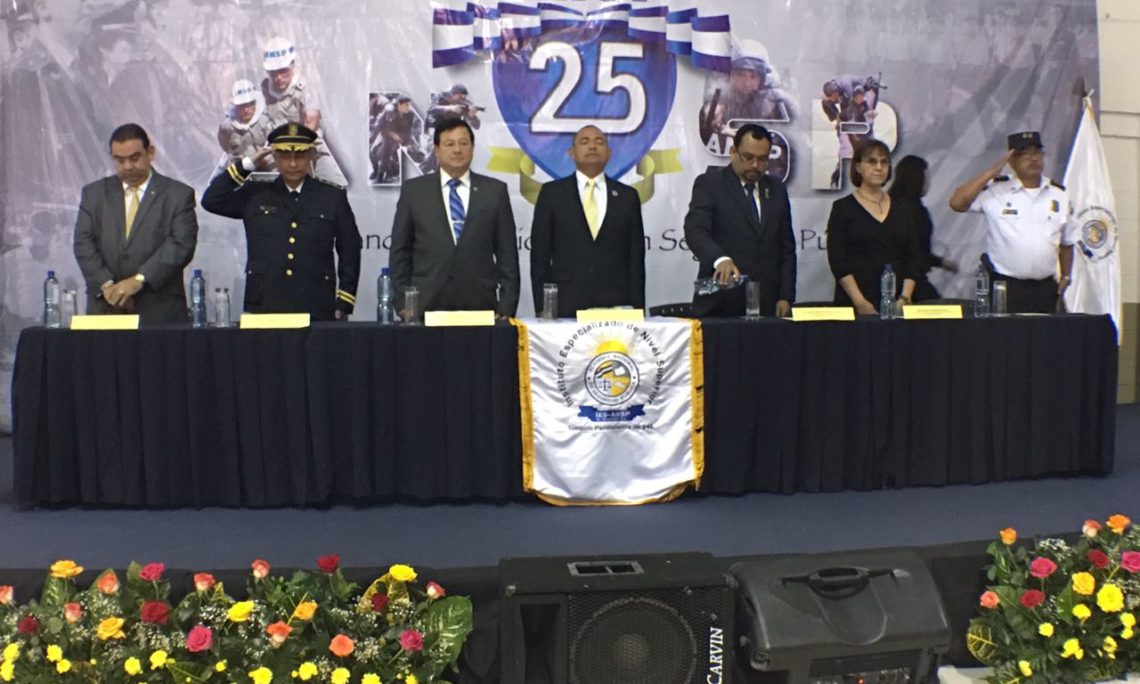 On September 20, 17 women and 94 men of the National Civilian Police (PNC) graduated from a new program offered by a Specialized Institute in the National Academy of Public Security (IES-ANSP) with technical degrees in Police Science.  This police program recognizes the importance of strengthening the capabilities of the PNC as a requirement to fulfill their constitutional mission to protect people and property, preventing and reducing violent crime, and ensuring respect for human rights. This program offered by the IES-ANSP is oriented to police services that include the philosophy of Community Policing, a new police model that allows coherent integration of crime prevention and repression actions. This new philosophy believed that police duty goes beyond the fight against crime,  and adopts a community service approach that guarantees the safety and protection of people, while promoting social welfare, economic development and democracy.