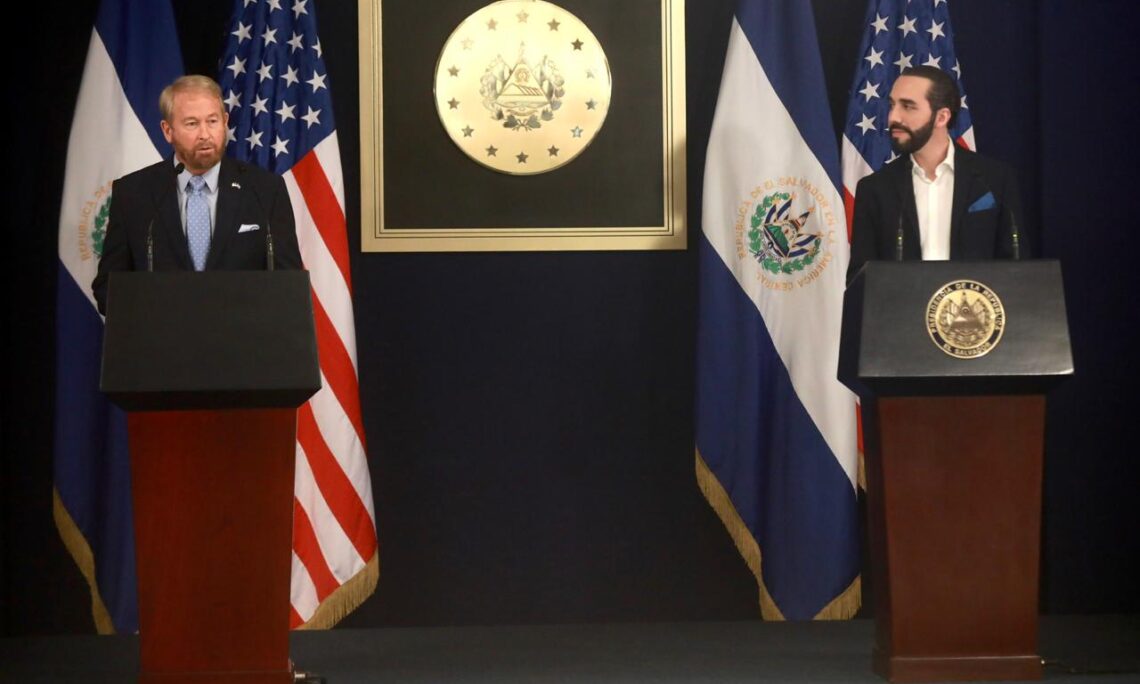 The U.S. government, through the United States Agency for International Development (USAID), provided El Salvador with a second donation of 158 portable ventilators in support of the response of El Salvador to COVID-19.

The ventilators donated today arrived in El Salvador last Saturday, August 22. These were not part of the second shipment of ventilators stolen in Miami, Florida, on or about August 8, before they were sent to El Salvador. The first shipment of 250 ventilators arrived on May 21 and are now already being used in 32 hospitals nationwide.

To date, the U.S. has donated a total of 408 ventilators donated to the Salvadoran health system valued at $5.3 million.  A donation of 192 more ventilators have been scheduled to come to El Salvador in the coming weeks, bringing the total donation of ventilators to 600.

The Ministry of Health confirmed that the ventilators delivered by Ambassador Ronald Johnson today will be used in the intensive care units of Hospital El Salvador CIFCO.

The  ventilators, produced in the United States, are highly specialized, state-of the art medical equipment that are used in hospitals and other medical facilities to help support patients who are having trouble breathing.  These life saving devices will help El Salvador in treating those patients most seriously affected by advanced COVID-19 symptoms easily and quickly throughout the country.  The ventilators can be used to treat patients for respiratory ailments for years to come and are expected to save thousands of lives.

El Salvador was one of the first countries worldwide to receive ventilators from the United States, and the delivery represents a fulfilment of a commitment made by President Trump to President Nayib Bukele in a phone conversation on April 24.

During the ceremony, Ambassador Johnson stated that, “a robust and solid health system is important to guarantee the well-being of a population, it is fundamental for a nation and for my government it has been an honor to support Salvadorans in this mission, including everything from the donations made by the US Government, to those made by NGOs, companies and even individuals. We have all rallied together to support you in your efforts.”

As a key partner to El Salvador, the United States has delivered more than 200,000 donations of food and hygiene kits, bedding, disinfectant gel and protective and sanitation equipment for people in quarantine and hospitals, and for those who protect the safety and health of the population. To date, the U.S. Government has provided over $21.6 million to El Salvador to address the COVID-19 pandemic.