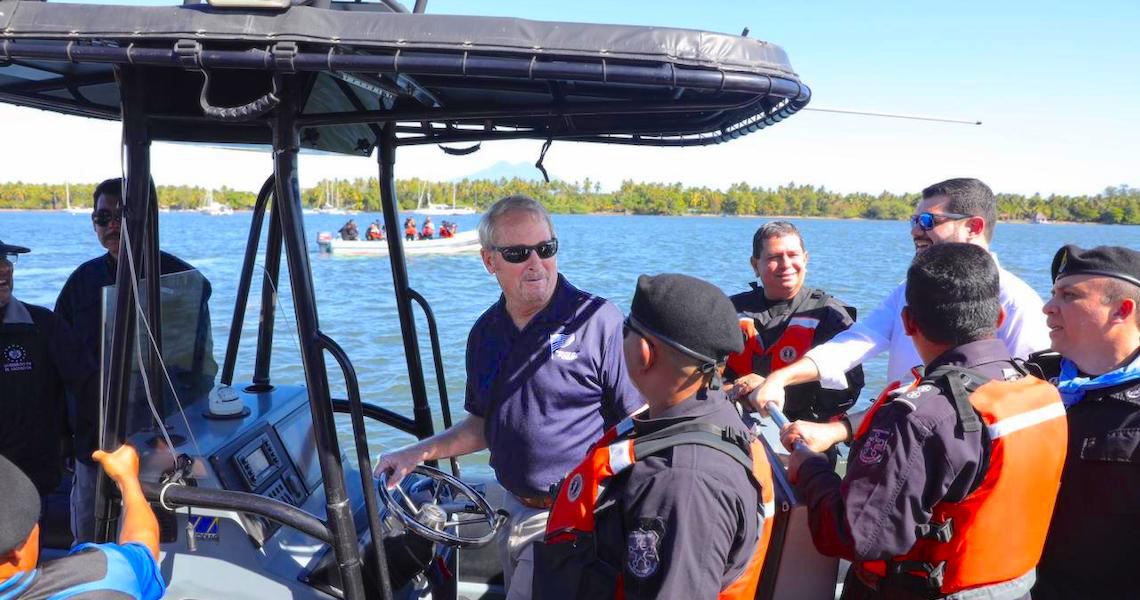 40 agents of the National Civil Police of El Salvador successfully completed the “Maritime Response Operational Tactical Section” (STORM) course. The United States government, through the State Department Bureau of International Narcotics and Law Enforcement Affairs (INL), and the Colombian National Police co-sponsored this 9-week training, which was focused on strengthening the fight against drug, illegal firearm, and human trafficking in the coastal area of ​​El Salvador.

This is the first time that the STORM course was taught in El Salvador. The course is part of the strategy of the Ministry of Security, through the Academy of Public Security, to ensure the highest level of professional standards in the operational capacity of the PNC to combat organized crime. With this new group of specialized agents, El Salvador will improve its capability to reduce violence and neutralize criminal organizations operating on the Pacific coast. The agents were trained in: high-speed boat pursuit, rescue and survival skills, swimming, first aid, tactical movements, navigation and maritime operations, among others.

At the graduation ceremony, the United States Ambassador in El Salvador, Ronald Johnson, congratulated the police officers for their excellent performance during the course. “This work is possible because there are people like you who have a commitment to your country, there are people like you who have chosen to wear a uniform, a shield, because there is nothing more valuable than defending justice. It is something that I understand very well, and I recognize the risks that you face in dedicating yourself to the work of making your country a safe home. I want to congratulate the National Civil Police for creating and supporting the Coastal Police Division, and for their excellent work in selecting, certifying and evaluating candidates for the STORM course.”

The Minister of Security, Rogelio Rivas, also stressed the importance of this specialized unit: “Starting today, you will have a new line of defense and combat against drug trafficking, arms trafficking and trafficking in persons in the coastal zone of the country,” he stated.

The United States Embassy, ​​through INL, has invested approximately $3 million since 2015 to the Cuscatlán Group of the National Civil Police to develop this training, provide operational advice and logistical support. In addition, through INL and the United States Coast Guard liaison, they have taught courses at the International Training Division in Yorktown, Virginia. The Police Maritime Unit, with its 166 agents, plays a key role in protecting 300km along the Pacific coast on three permanent bases located in La Unión, Costa del Sol, and Acajutla.