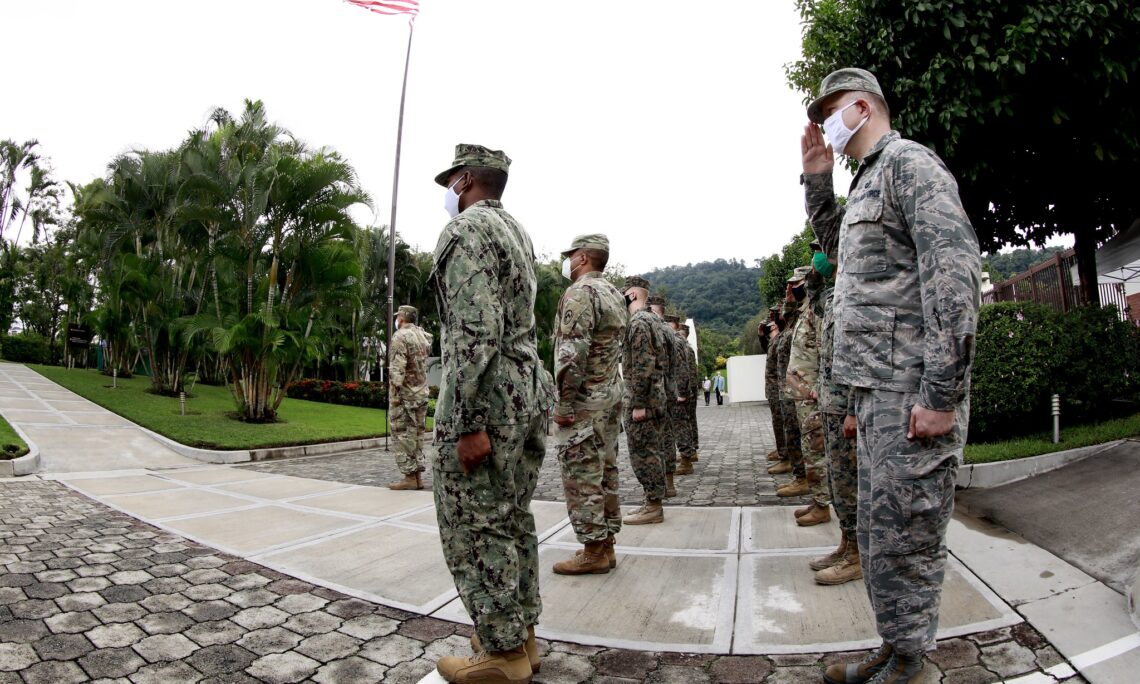 The Embassy community gathered last Tuesday, November 10, to commemorate Veterans Day in the United States. On this day, Americans thank all the men and women who have served their country in the military to seek a free world.

This celebration coincides with other holidays, including Armistice Day and Remembrance Day, which are celebrated in other countries that mark the anniversary of the end of the First World War.

The hostilities of the First World War formally ended at the 11th hour of the 11th of the 11th month of 1918, when the Armistice with Germany came into force. At the urging of major U.S. veterans organizations, Armistice Day was renamed Veterans Day in 1954.