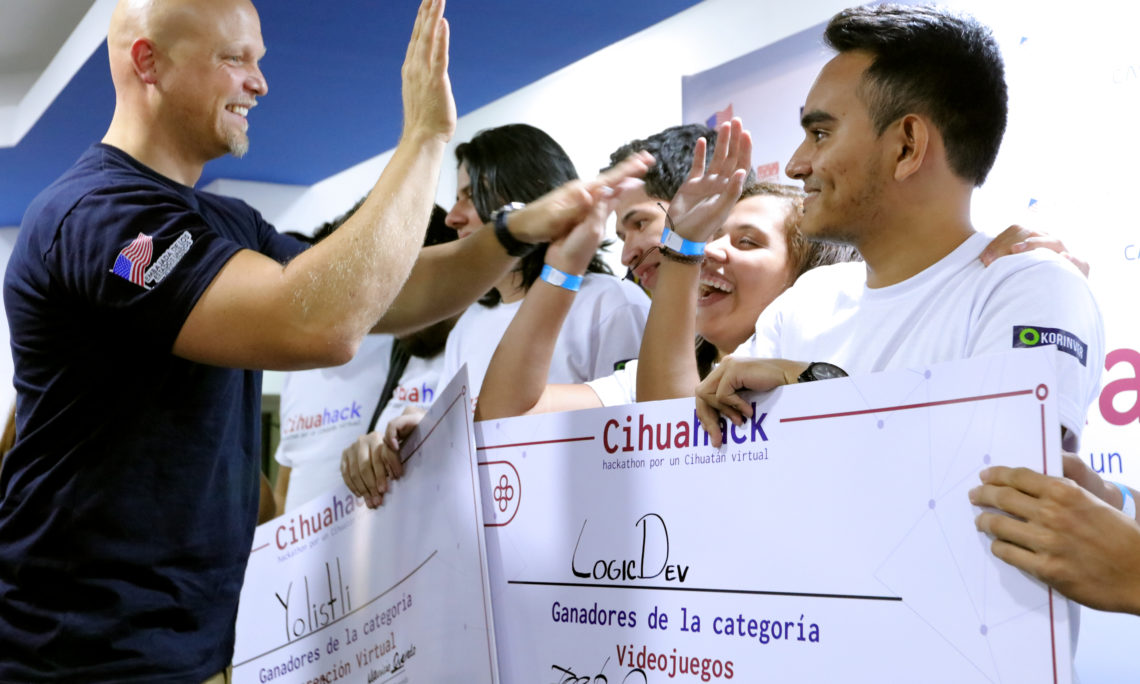 One hundred eighty eight youth computer programmers met on October 27 and 28, to participate in the programming competence “Cihuahack”, in which 47 groups developed prototypes of virtual and augmented reality apps for the archeological site Cihuatán, with the intention of the touristic site and its neighboring areas.

Congratulations to the winners:

The winning teams will have mentoring for a year to help them develop their projects and their enterprises and technologic devices.

In her remarks at the opening ceremony of the competition, Ambassador Jean Elizabeth Manes motivated the young programmers to put an effort in their virtual and augmented reality projects, since those are leading edge technologies, which have potential to help the country in many areas, such as tourism, education, digital commerce, real state, and even to medicine.

Through this kind of programs, the United States seek to give to young Salvadoran opportunities, to promote innovation and to support the entrepreneurship in information technology as one of the most promising short-term growth sectors to the economy of El Salvador.

As part of Cihuahack, Salvadoran and American speakers shared their knowledge through talks about technologies of virtual and augmented reality. Among them, the co-founder of the enterprise General UI, Jason Thane, and the Specialist of Apps Development of General UI, David Ametsitsi; such as the co-founder of Turistic, Xavier Benavides and the founder of Korinver, Mauricio Quevedo.

Private enterprises and Salvadoran organizations supported this initiative. Among others, the National Foundation of Archeology of El Salvador (FUNDAR), no governmental organization in charge of conservation, protection and investigation of Salvadoran archeology and administrators of Cihuatán, and Korinver, Vertex Studios, Central American Software Services (CASS) and Kadevjo, that supported the development of 3D models of the archeological site objects.

In the last 5 years, the Public Affairs Office has invested more than $8 million of dollars in interchange, cultural, entrepreneur support, English teaching and education programs.

To know more about the winning teams of the Cihuahack, we invite you to be aware of our upcoming post on the website of the Embassy of the United States.